The Irish National Stud belongs to the people of Ireland but prides itself on being enjoyed and appreciated by visitors from all parts of the globe.

Nowhere better symbolises all that is great about County Kildare, the beating heart of Ireland’s thoroughbred industry, than the stud, a unique attraction of outstanding natural beauty that is home to some of the most magnificent horses and sumptuous gardens to be found anywhere in the world.

For well over 100 years, the pride of Tully has been a working stud farm, its central objective being to produce for Ireland thoroughbreds capable of being crowned champions at home and abroad. In that aim it proved an instant hit with Minoru, one of the first star horses born and raised on the stud’s idyllic land, triumphing in horseracing’s most important contest, the Epsom Derby, way back in 1909.

In the years that followed Minoru’s famous victory, the stud developed a reputation for consistent success, not least since it was bestowed to Ireland and her people in the middle of the last century. Now a source of national pride, it is the home of equine royalty, immaculately-bred stallions who can be seen and admired alongside protective mares, frolicking foals and athletic yearlings. Come to the stud and watch them at close quarters, marvel at their grace and grandeur while also learning of Ireland’s triumphs on the turf in our widely-acclaimed museum.

But the Irish National Stud is far more than just a centre of equine excellence. It is also home to some of Ireland’s finest natural treasures, in particular the breathtakingly beautiful Japanese Gardens, the finest of their kind in Europe. The gardens trace the passage of a soul from birth to death and beyond, at the same time providing a meeting place for the cultures of East and West.

Visitors can also savour the serene and spiritual experience provided by one of the Stud’s more recent additions, St Fiachra’s Garden, a stunningly raw representation of our country’s singular landscape. And when all that is done, refuel in our restaurant before leaving with one of the numerous mementoes available in the gift shop.

From horses to horticulture, the Irish National Stud offers you a unique experience that can be enjoyed at your own leisure or as part of a guided tour. Come to the Stud and share with us one of Ireland’s true treasures. 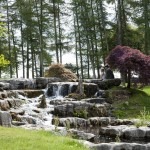 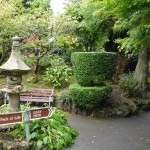 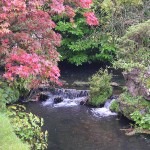